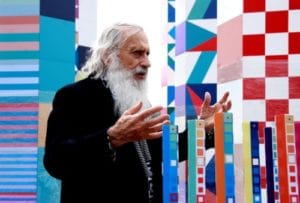 The Park West Foundation has partnered with the Museum of Geometric and MADI Art to introduce the public to world-renowned artist Yaacov Agam.

The museum will present “The Magic of Yaacov Agam,” featuring the kinetic artwork of Agam. The exhibition will run from Jan. 28 to April 21, with an opening reception held Jan. 28 at 5:30 p.m. The museum is located at 3109 Carlisle St. in Dallas.

Agam, 87, pioneered the kinetic art movement, which encourages viewers to interact with the art through movement. The exhibition features a retrospective look at his art as well as at his new works. He will be present at the opening reception to discuss his oeuvre.

The Park West Foundation aims to promote art education and awareness through a series of museum exhibits in 2016 throughout the United States. Along with the Agam exhibition, these include Autumn de Forest at the Butler Art Institute in Youngstown, Ohio; Anatole Krasnyansky at the Museum of Tolerance in Los Angeles; and Peter Max at the Tampa Museum of Art in Tampa.

“The Park West Foundation is proud to sponsor their first museum exhibit by presenting the unique ‘Magic of Yaacov Agam’ exhibition,” said Diane Pandolfi, Park West Foundation Executive Director. “A remarkable display of kinetic and polymorphic works by Agam, the pioneer creator of the kinetic movement, will impress the viewing audience who will be fascinated by the skill and transformative vision of this great artist.”

Agam has the honor of having an art installation at the Centre Pompidou in Paris that was commissioned by French President Georges Pompidou. Agam has previous exhibited at the Tel Aviv Museum of Art, the Musee National d’Art Moderne in Paris and the Stedelijk Museum in Amsterdam, and was featured at the Guggenheim and the Museum of Modern Art, both in New York.

The Park West Foundation was formed in 2006 by Park West Gallery Founder and CEO Albert Scaglione and his wife, Mitsie. Along with art education, the foundation supports young adults who age out of foster care.

Park West Gallery in Detroit connects artists to fine art collectors via land and sea art auctions by creating an entertaining, educational and welcoming environment that ignites a passion for the arts and offers an incomparable collecting experience. 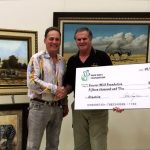 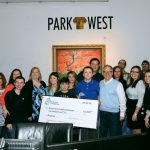