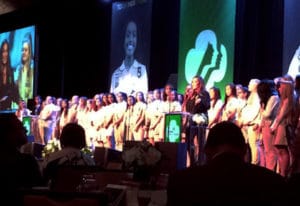 Park West Gallery encouraged the leaders of tomorrow at the 2015 ToGetHerThere luncheon on Nov. 5 in support of the Girls Scouts of Greater Los Angeles.

ToGetHerThere is one of the largest fundraising campaigns for girls ever launched. The goal is to raise $1 billion by the year 2020 so girls in every ZIP code can enhance their lives and their communities through the scout program.

The luncheon convened female business and community leaders to mentor Girl Scout members while simultaneously honoring the emerging Leader Girl Scouts. These leaders are high school girls who are recognized for their extraordinary achievements.

Yanke, a Girl Scout alumna, had the distinction of serving as one of 26 mentors for the young girls during the event. She says the goal of being a mentor was to provide a small group of Girl Scouts with a motivating conversation as it relates to the mentor’s work experience and career path. Yanke discovered, however, that she was just as eager to listen to these girls as she was to speak with them.

“I was the one who was captivated by these outstanding Girl Scouts, their abilities, and the experiences they achieved by accomplishments that enhanced their local communities,” Yanke says. “These young ladies will not only be the next generation of successful female leaders, but also have wonderful input into our society with their compassion for people overall.”

During the luncheon, Park West happily cheered on Jan Swartz, president of Princess Cruises, a Girl Scout alumna who was named a 2015 Woman of Distinction at the ceremony. Swartz oversees the worldwide operations of Princess Cruises across more than 60 countries.

The ToGetHerThere campaign began on the statistic that only one in five girls believe they have what it takes to be a leader, which hints at the self-esteem issues that arise in middle school years due to bullying and peer pressure.

Having supported the next generation of leaders through ToGetHerThere, Park West Gallery is confident that girls will continue to become confident and successful leaders.

“The mission of Girl Scouts is to build girls of courage, confidence and character who make the world a better place,” Yanke says. “I truly observed this while attending this amazing event.”

For more information or to donate, visit www.girlscouts.org. 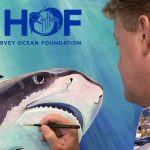 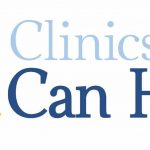