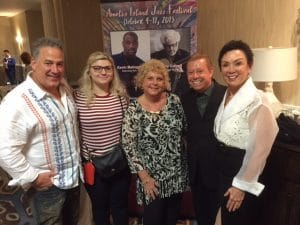 Founded in 2001, the non-profit jazz festival and its corresponding events raise money for aspiring musicians and expose thousands to jazz music in all its forms, including swing, bebop and big band. Performances are held throughout Amelia Island, located in Nassau County.

Roses and chocolates are lovely gestures, but for something extra sweet for your sweetheart, treat them to a night of dinner, dancing, music and art that benefits a good cause.

Park West Gallery was teaming up with the Amelia Island Jazz Festival to host the Big Band Bash Dinner and Dance. The fundraiser gala took place 7 p.m. to 10 p.m. on Sunday, Feb. 14, at the Amelia Ballroom in the Omni Amelia Island Plantation in Florida.

The fundraiser is held each year on Valentine’s Day, offering you and your valentine a gourmet dinner and a night of dancing to music performed by the 17-piece Dynamic Les DeMerle orchestra with vocalist Bonnie Eisele, featuring tunes by greats such as Glenn Miller, Count Basie and Duke Ellington.

The Amelia Island Jazz Festival is held each October on Amelia Island. The Festival maintains a scholarship fund for emerging musicians and offers appreciation classes, master classes and music instruction as well as performances throughout the year. The festival is a 501(c)3 non-profit organization run entirely by volunteers. 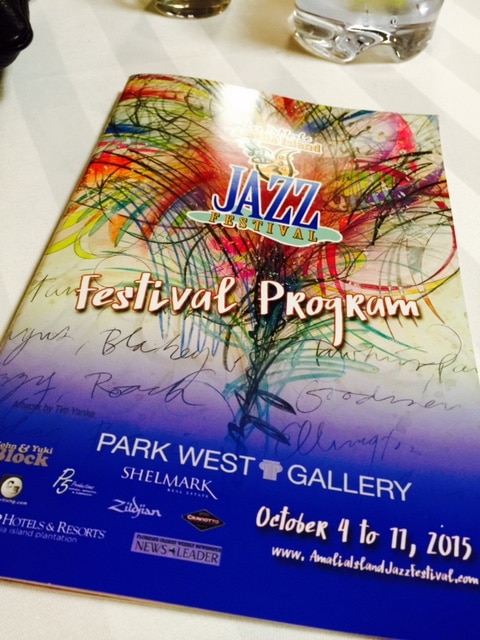 The 2016 Big Band gala featured Sam Kouvaris, a Sinatra aficionado and personality from WJXT-TV, who will croon some of Ol’ Blue Eyes’ most famous tunes in honor of his 100th birthday. Guests were able to meet the musicians early at 6:30 p.m. before enjoying the evening’s festivities.

This is the third year Park West Gallery has been a major sponsor of the Amelia Island Jazz Festival. The gallery will host a charity art auction at the upcoming gala to raise money for the festival, featuring some of the gallery’s most collected and famous artists, including works by David “Lebo” Le Batard, the official artist for this year’s festival. VIP Art Director John Block will conduct the auction.

“If you like music, dancing, singing and great food, you will love the Big Band Bash,” Block says. “The best part is you will be helping a great cause.”

Not only does Block contribute his auctioneering skills, but he and his wife, Yuki, personally contribute to the event along with many of their friends and colleagues, including their fellow auctioneers and Park West clients.

“Yuki and I met Les DeMerle while working on board the Celebrity Solstice several years ago,” Block says. “Les and Bonnie are incredibly talented musicians, but even more than the music, we loved their positive message and mission to help talented young musicians get their start. We have been involved with the festival ever since.”

Aside Lebo, other Park West Gallery artists have loaned their talents to the festival. Artist Tim Yanke created artwork as the official artist in 2015. Read more about Yanke and the 2015 Amelia Island Jazz Festival. 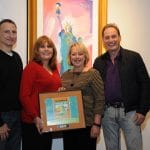 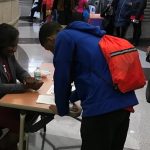